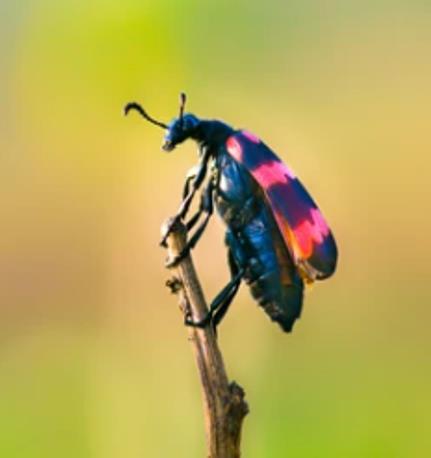 Insect pheromones are widely used for pest control in agriculture and forestry. In the research of insect pheromone, the activity screening process is particularly important to quickly screen some compounds that are physiologically responsive to insects from a range of chemicals.

Currently, the electroantennography (EAG) is widely used in entomological tests as it allows for rapid and accurate screening of active substances by observing whether the stimulus has an active effect on the insect and the strength of that activity. The gas chromatography-electroantennography detection (GC-EAD) is also a common method currently used for screening pheromone active substances.

The olfactory function of insects' antennae is important in foraging, finding mates and selecting suitable sites for spawning. The EAG technique can be used to directly detect whether insects have a chemical signal response to volatile substances and thus to select a few electro physiologically active compounds from a large number of compounds.

The antennae of insects are olfactory receptors, capable of sensing volatile chemicals. Its olfactory receptor cells can all be likened to a combination of a resistor and a power source, so that the whole tentacle is similar to a series circuit made up of a series of power sources and resistors. The EAG technique involves connecting the base and top of a live antenna to a reference electrode and a recording electrode respectively. When a chemical substance is used to stimulate the tentacles, the receptors above them produce nerve impulses. The cumulative effect of these impulses can be transmitted by recording electrodes to amplifiers, recorders and analyzed.

In entomological tests, the EAG technique has been applied to various types of insects such as Coleoptera, Lepidoptera, Orthoptera, Homoptera and Diptera, and a number of active substances have been found to have a luring effect on specific insects, such as limonene, methyl phenylacetate, isobutyraldehyde and phenylacetaldehyde, which have a significant luring effect on imago Bactrocera minax. The advantage of the EAG technique is that the instrumentation is not complex and data recording is relatively simple technically. The advent of portable lectroantennography has made this technique easier, allowing real-time knowledge of the species and number of pests, the concentration, distribution range, chemical structure and duration of insect sex pheromones in the field chemical structure and duration and thus determine the optimal time and sites to place the lures.

GC-EAD combines gas chromatography and electroantennogram technology for a wide range of pests including Lepidoptera and Hemiptera, allowing rapid screening for biologically active components. GC-EAD is currently the most commonly used method for pheromone screening. In contrast to the electroantennogram technique for the determination of known compounds, the GC-EAD technique is mainly used for the effective screening of mixtures.

The capillary column in GC is capable of separating trace components from complex mixtures, while the antennas are highly selective. The gas is separated at the end of the gas chromatography capillary column and split into two equal streams, one entering the GC detector and the other being blown towards the insect tentacles after appropriate heating. The GC and EAG peaks are recorded and corresponded simultaneously, so that the collected chemical mixture can be quickly screened and components without EAG reaction are no longer analyzed.