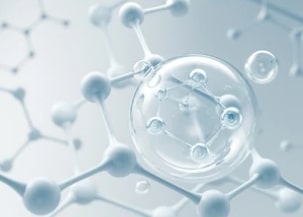 Molecular gels (MG), also known as supramolecular gels (in the narrow sense), consist of a small amount of low-molecular-weight molecules and a large number of solvent molecules. They form three-dimensional (3D) networks in the whole system through non-covalent bonds such as van der Waals forces, and then the solvent molecules are immobilized in it by surface tension and interfacial interaction. Due to the specificity of the structure, molecular gels also have some special properties that conventional gels do not possess, such as stimulus responsiveness, phase change controllability, etc.

In the application of insect pheromones, molecular gels have high pheromone loading capacity. Pheromones can be delivered uniformly to maintain activities continuously at high concentrations. Therefore, molecular gels are widely used as controlled-release materials for pheromones in the agricultural industry. Among them, biobased gels have received particular attention in the controlled release applications of pheromones due to their non-polymeric nature and extremely low minimum gel concentration (MGC).

The insect pheromone 2-heptanone can be mixed with the bio-based material mannitol dioctanoate to prepare a pheromone sustained-release gel. The layered packing structure inside the gel makes it a controlled release device (CRD) for storage. Compared with pure pheromone products, pheromones in the biobased Gels can achieve more effective sustained release. [1]

Nanogels are polymer gels formed by physical or chemical crosslinking of nanoscale hydrogel particles. They combine the properties and advantages of hydrogels and nanoparticles, with a variety of properties such as hydrophilicity, deformability, excellent drug loading capacity, chemical structural stability, smart responses, etc. Nanogel-based pheromones have better stability compared to natural pheromones.

As the sustained-release materials, nanogels can reduce the volatility of highly volatile pheromones and protect the pheromones from the degrading by environmental factors such as air, water and sunlight.

Nanogel pheromones prepared by immobilising pheromones in nanogels can be used to control the fruit fly Bactrocera dorsalis which is a pest prevalent in many fruits. The pheromone methyl eugenol (ME) is very volatile on its own and evaporates rapidly. And the nano-gelled pheromone is more effective than the natural pheromone ME, exhibiting durable residual activity, excellent efficacy and favorable safety profile. Using nanogels as pheromone controlled release materials to control pests is a simple, green, practical and low-cost method. [2]

Alfa Chemistry is a professional supplier of insect pheromone. We provide high quality insect pheromone chemicals and related services. Please don't hesitate to contact us, we are happy to provide you with more detailed services.