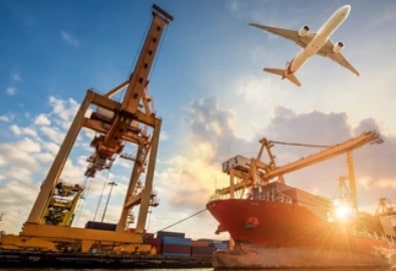 With the accelerating process of world economic integration and the increasing frequency of trade between countries, the number of invasive species is growing rapidly. However, invasive species can exert great pressure on the long-established and stable local ecosystems.

Among them, insects are more likely to invade successfully than other species due to their unique biological characteristics. They have adverse effects in many fields such as agriculture and forestry, which seriously endanger biodiversity, ecology and national economy.

There is a high risk of forest disease caused by invasion of insects. These potentially disease-carrying insects constantly spread the diseases, creating many favorable conditions for the spread and successful infection of diseases. They bring pathogenic bacteria into host trees, which may cause tree mortality, seriously threaten forest resources and affect ecological construction.

In order to protect agricultural and forestry production and ecological security, it is necessary to strengthen the quarantine and supervision of invasive insects to strictly prevent the introduction of invasive organisms. Foreign invasive insects are the focus of port quarantine prevention. In view of the invasive characteristics of alien insects, targeted measures should be taken to strengthen the quarantine of inbound transported goods and their packaging to prevent the introduction of alien insects.

Insect pheromone can give full play to its advantages in pest quarantine. It can not only be applied to quarantine pests at various ports to effectively help intercept the epidemic, but also can be used as an effective tool for monitoring the spread of epidemic areas and conducting investigations on control effects.

Hyphantria cunea is an international quarantine pest with large reproduction, strong adaptability, wide spread and serious damage, which can be monitored and quarantined with American white moth sex pheromone traps in epidemic areas and major traffic routes with goods transportation.

Molecular biology aims to study the molecular basis of biological activity within and between cells. As a DNA-based method, molecular biology method can identify and classify insect species accurately and objectively, as well as the identification period is short. However, the current molecular biology technique for insect classification is still at a relatively low level of research and the method is not mature enough.

With the globalization of the economy, the quarantine of invasive insects is becoming more and more important to protect the ecological environment. Compared with other existing quarantine methods, insect pheromones have been widely used in the field of pest quarantine due to their unique advantages such as specificity and sensitivity.

Alfa Chemistry have been specialized in insect pheromones for years, we provide high quality insect pheromone chemicals and related services. Please don't hesitate to contact us for any enquiries you may have, we are happy to provide you with more detailed services.