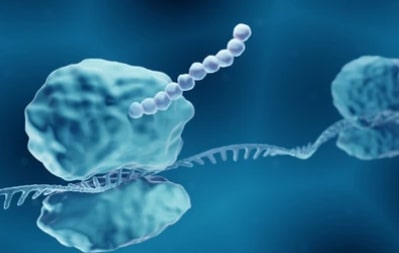 The biosynthetic chemistry of insect pheromones will be described from precursors for pheromones, site of pheromone synthesis, specific enzymes and biosynthesis of sex pheromones in moth.

Pheromone precursors refer to the starting materials or intermediates that insects use to synthesize pheromones. According to different sources, Precursors for pheromones can be divided into three categories.

Conversion of precursors provided by the host plant or substrate.

Direct incorporation of molecules found from the host.

The females of most moths produce sex pheromones in glands.

Biosynthesis of Sex Pheromones in Moth

It is generally believed that the pathway for generating moth sex pheromone precursors with different carbon chain lengths is similar to the peroxisomal fatty acid β-oxidation in vertebrates.

Desaturases can remove hydrogen atoms at specific positions and introduce double bonds, resulting in the formation of cis-trans isomers. Differences in desaturases can lead to differences in the components of sex pheromones, leading to species differentiation.

After carbon chain shortening and desaturation reactions to form sex pheromone intermediates with specific lengths and suitable double bond positions, these sex pheromone precursors form functional groups such as alcohols, aldehydes, esters and so on through various enzymes.

Since pheromone is a product of mixing different components in a certain proportion and dosage, it has a high degree of species specificity. The production of pheromone mixture requires the cooperation of desaturase, reductase, oxidase, or acyltransferase.

In the regulation of moth sex pheromone synthesis and release, PBAN (pheromone biosynthesis activating neuropeptides) plays an important role that can regulate the production of female moth sex pheromone by affecting enzymes in the biosynthetic pathway. Other substances can also indirectly induce the production of pheromones by regulating the activity of PBAN, such as juvenile hormone, etc.